Kenya experienced post-election tribal clashes after the 2007 disputed elections that left many families homeless, losing their properties and means of a livelihood. Many also lost land since they could not remain in the hostile regions they had lived in all their lives. Those families that had ancestral home elsewhere relocated back and those with some savings bought small plots mostly measuring 50ft by 100ft and settled there, but with no arable land it meant that many became destitute all of a sudden. However the majority of the displaced families had nowhere to go and solely depended on the government effort to resettle them. 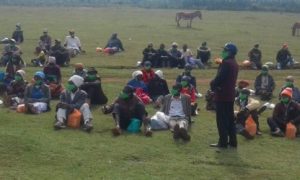 In one of these resettlement projects- Kirathimo IDP Camp a group of 144 elderly persons who had nowhere to go were moved to the boarder of Nakuru East and Mirangine area located  1.5 hours’  drive on torturous roads, located on a scenic hill with biting winds overlooking Lake Elementaita. Springs of Hope Foundation was invited to visit the area by a representative of persons with disabilities who explained the plight of the villagers residing in two camps ½ kilometer apart, Kirathimo 1 and Kirathimo 2. The team planned two trips back to back over a period of two days. On these two trips a friend of Mr. Wachira donated his 4×4 tour van to be used for the distribution due to the rugged terrain.

Located on a hilly outcrop, Kirathimo IDP camp is a bad place to be for an elderly person and persons with disabilities. All shelters in these camps are makeshift some made of UN shelter box tents and others made of blue iron sheets that had been provided by the government to put up mud walled shelters. The residents here were brought by the government in the year 2013 with a promise of being allocated a plot in a piece of land that had been acquired for resettlement purpose. However politically connected persons had an interest in the land and demarcation never took place and as such the IDPs cannot proceed to construct relatively permanent dwellings from the year 2013 to date.

In these two camps over 80% percent of the population are over 70 years old, sickly with old age complications made worse by hostile living conditions. Many of the elderly persons have lost a spouse and depend on well-wishers for survival while some of them have been joined by their relatives and are sharing the makeshift homes. The nearest health Centre is 10 kilometers away and without a public transport system it is almost impossible for the elderly to get to hospital. 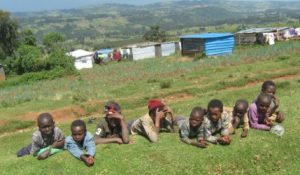 Children in this area travel 14 kilometers – 7 kilometers either way, to the nearest public secondary school while the young ones walk 8 kilometers -4kms each way to go to school while many of children that should be in kindergarten do not go to school. What caught our attention most was that while we were in the camps on each occasion no children were seen playing, instead they sat in small groups looking subdued, a clear sign that the children were not having enough to eat. The sanitation is also a challenge with raw water being the source of drinking water and toilets are makeshift.

On these two days we distributed 120 food hampers to the elderly, persons with disabilities most of whom are bedridden and vulnerable persons as well. These beneficiaries are very needy and can do with more support both in kind and psychosocial support. 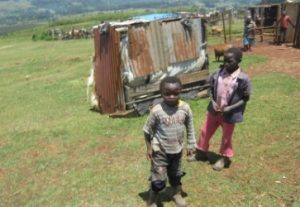 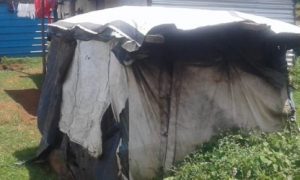 2020-07-06
Previous Post: NGORIKA FOOD DISTRIBUTION REPORT
Next Post: We have never needed your help more than at the present time.

Make your donation today to help make a difference in the lives of the women at Kijiji Mission.

*By donating through PayPal Giving Fund, PayPal will waive their usual fees and 100% of your donation will go to Springs of Hope Foundation.

View our gift catalog and make a purchase to benefit those in need.

DONATE HERE USING PAYPAL GIVING FUND AND 100% OF YOUR DONATION WILL GO TO SPRINGS OF HOPE FOUNDATION.

Springs of Hope Foundation is a registered charity in the US and Australia.